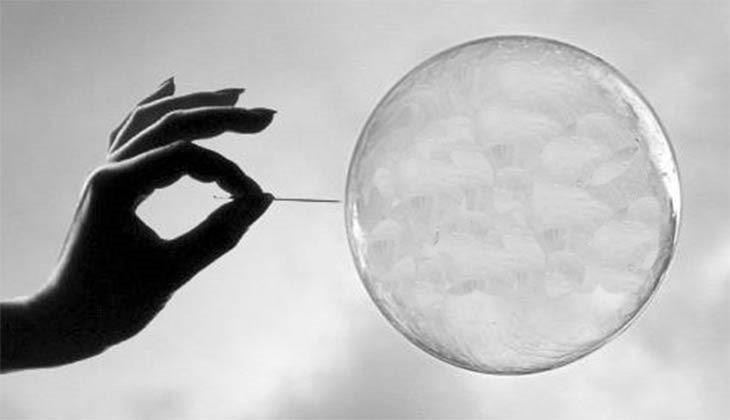 At Ghost staking we feel that lessons and analogies for crypto investment and specifically our investment in CSPR can be ascertained from analysing the following non-exhaustive key topics:

Specifically in this piece we shall focus on historic events. We shall discuss the dotcom bubble, how we can make analogies with the crypto market and also how we can take assurances that our CSPR investment is a sound one when compared against the plethora of other coins and the potential for frenzied bubble risk.

With a period of mass growth and adoption of the internet in the late 1990s there was frenzied speculation within dotcom companies which fuelled the rise in the price of the NASDAQ (a US technology stock index) to levels close to 5,000. The growth in the NASDAQ between 1995 and its peak in March 2000 was approximately 400%, only to crash 78% from the highs through to October 2002. The speculation was fuelled by views on the potential for future earnings as opposed to the then current more traditional metrics to value stocks.

The subsequent bust was triggered by a global sell-off in ‘Risk-On’ assets on the back of the news that Japan had once again fallen into recession. This coupled with the aggressive spending of dotcom companies and lack of revenues led to many facing severe cashflow issues with names such as pets.com (a much hyped company) going out of business only 9 months after completing its IPO.

During the bubble period, even names we are familiar with today, such as Amazon experienced aggressive share price rise, achieving a peak of x50 of its IPO price by December 1999, only to be followed by a loss of 90% of its value in subsequent 2 years.

Analysing the dynamics of the bubble, we can draw many similarities with the crypto bubble of 2017:

With the above factors in place, and with retail investors increasingly over leveraging themselves to invest, the market was not differentiating projects with long term potential from those more closely aligned to Ponzi schemes. This overheating of the market makes it extremely susceptible to triggers which would cause aggressive pull backs in prices. These triggers came in the form of a series of high profile exchange ‘hacks’ followed by government crack down in the Far East – which poisoned public perception.

The result of the above was a mass sell-off, coupled with liquidation of long positions (further forcing prices down) and an increase in shorts.

Coins with no real utility (barring some popular meme) would get crushed and never recover. Additionally, coins which did have sound fundamentals, innovative tech and real utility also suffered from aggressive pull back in price -the reason being they had exploded way beyond what the fundamental value of the tokens should have been for that point in time (i.e. for the level of adoption at the time). Also the contagion effect around the asset class and the speculative nature (without real adoption at that time), meant that any pullback would be highly correlated, which in fact, it was.

Emerging from that period are projects with sound tech, utility and fundamental value. As with how Amazon’s share price exploded beyond what the company was actually worth during the dotcom bubble, valid crypto projects coins price also exploded in 2017 beyond what the fair value of the coin should have been given the adoption at that time.

Fast forward to today and the below chart representing the NASDAQ historical performance. What has indeed dominated are the large web based tech giants, such as Amazon, Google and Facebook. As predicted by the hype in 1999, the future was indeed driven by ecommerce and internet based phenomena such as social media. The issue was, in 1999 no one knew who or what would win – but the knowledge and belief was there that it would involve the web.

Just as with the emergence of both (1) legacy tech stock such as Google and Amazon, and (2) newer innovation such as Facebook, we will likely see the future of crypto both dominated by prominent legacy blockchains/projects such as Bitcoin and Ether, but also newer innovations and advancements in technology such as CSPR.

To close, I would like to add that a key failure of many companies during the dotcom era was poor management. This is a fundamental requirement to take a good idea and evolve it into a successfully adopted innovation. It is because of this, in addition to fundamental technology, that we believe CSPR will play a pivotal part in the future of blockchain adoption. Many crypto projects have failed due to poor management – an example being RChain. The direction and management within the CasperLabs team gives up confidence that what has already been successfully delivered, will also be successfully adopted with a substantial volume of projects developing on the blockchain.