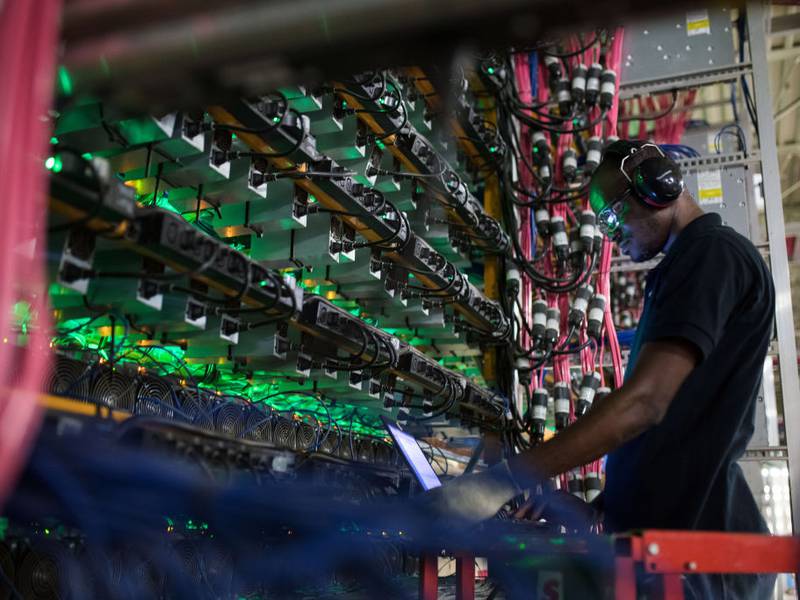 This article is aimed to educate on the topic of Bitcoin mining. As Bitcoin is a large driver of the overall market, its wise to understand the dynamics of how it is mined. We shall over:

Bitcoin mining is the process by which new coins enter circulation. This is achieved by using computational power to solve complex mathematical problems. Miners receive Bitcoin as a reward for completing blocks of verified transactions. These rewards are paid to the miner who come up with a 64-digit hexadecimal number (a “hash”) that is less than or equal to the target hash. The probability that a miner will be the one to first solve the problem is related to their portion of the total mining power of the network. The reason for this is that solving for the closest hash is guesswork, but the total number of guesses for each block could be in the trillions, and in order to be the first to solve for the hash a miner requires a lot of computational power.

The process falls under the consensus category of Proof-Of-Work (read more on various protocols here).

Each block in the Bitcoin network contains 1 MB worth of bitcoin transaction. This is a hardcoded parameter set by Satoshi Nakamoto. Verifying 1 MB worth of transactions makes a coin miner eligible to earn bitcoin, however verifying this does not guarantee a miner a pay-out. As mentioned above, miner needs to be the first to arrive at the solution. You will likely note that there is a lot of computational wasteage within this system where many miners are verifying 1 MB worth of transaction per block, but not obtaining a reward for the work.

The rewards for Bitcoin mining reduce by a half every 4 years:

The Bitcoin network aims to have one block produced every 10 minutes to ensure the smooth functioning of the blockchain. You will note that the more mining rigs competing to solve the hash problem, they’ll likely reach a solution faster than a scenario where there are only a few mining rigs. For that reason, Bitcoin is designed to evaluate and adjust the difficulty of mining every 2,016 blocks (every two weeks).

The above chart plots the difficulty of Bitcoin mining over its life to date. The recent sharp decline in network difficulty was due to the crackdown in mining activity by the Chinese government. The latest increase in difficulty comes as some of these operators creep back online and also the expansion in the North American activity.

The Bitcoin hashrate is a measure of the total computational power being used to secure the network. This is inherently linked to the difficulty.

As discussed above, the PoW aspect of the bitcoin consensus protocol rewards participants with superior computational computing power. This has lead to the formation of mining pools.

A mining pool is a collection of individual participants who pool resources to work together to increase their chances of finding a block at the group level, compared to that at the individual level.

We can now state profit in Bitcoin mining is a function of:

If the difficulty is relatively low, then minting every new Bitcoin is computationally less expensive, and if the price is high, the you can sell the minted Bitcoin for a higher price and earn the difference between the asset and liability.

Now things get a little more tricky. Miners do not automatically sell Bitcoin into the market as they are being mined. They will go through phases of hoarding and selling. When the price drops and stay lower for sustained longer period, proportionally more bitcoin is sold by miners to cover operational cost. In addition they begin switching off mining equipment as the liability increases as a proportion to the asset, and therefore the hashrate drops. This exacerbates downward pressure on the price as miners are selling coins minted at higher difficulty levels in a lower price environment meaning more coins need to be sold.

But we know later that the hashrate will recover due to the automatic difficulty adjustment. But note that this is a 2 week lagging effect (every 2,016 blocks).

Lets now talks about the change in hashrate and indicator for future price. The theory is that when the 30day MA hashrate crosses back above the 60day one, this signals the end of the ‘Miner capitulation phase’ ie switching off equipment and selling. Historically this signal has predicted quite well an uptrend in price but this could be largely due to the fact that prices have typically always been rising! But on a more fundamental level, it can explain a greater chance for a sustained increase in price due to the reduced selling pressure from the miners.

To summarise this, the signal works as follows: