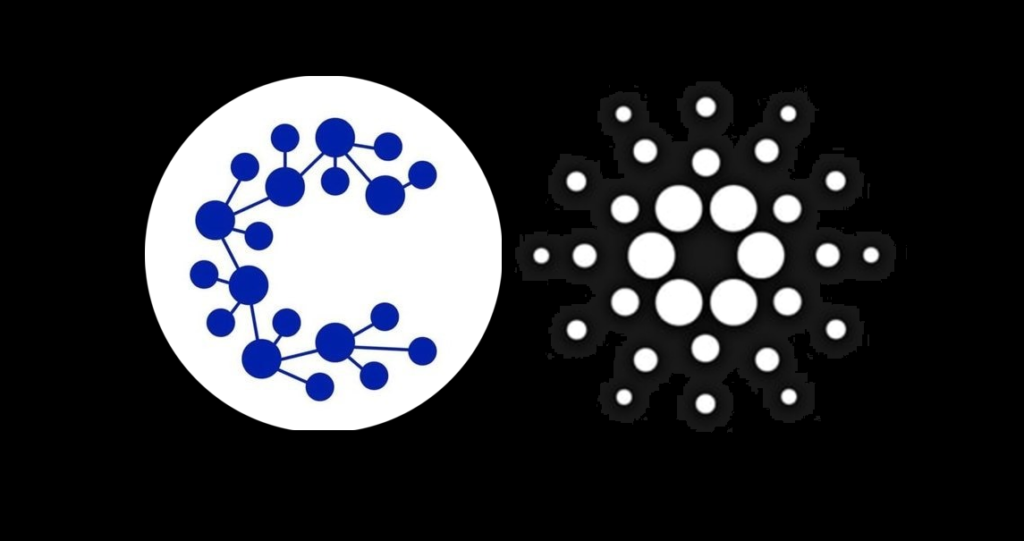 As Cardano is ranked #4 in terms of market capitalization (~$70bn), by far the largest PoS network, we shall try to understand the reason for this valuation. We shall be inspecting both the protocol and adoption strategy and conclude why we believe Casper is stronger both in terms of longer term fundamentals, but also short term relative value.

As we have extensively covered CSPR in our previous articles, we shall focus on first providing insights into Cardano and the Ouroboros consensus protocol before moving to the comparison and concluding with a summary. We recommend first reading our deep-dive of the CSPR token here.

I will show how Cardano’s aggressive ‘vertical strategy’, pushes the community to flood social media with Cardano marketing and content, with the specific goal of increasing active wallets and how this strategy is likely inflating the price above its true value. We shall also discuss how the pace of development on the Cardano network is lagging behind a lot of newer layer 1 chains and how with an expected rapid advancement in blockchain innovation, this poses significant risks to the Cardano blockchain.

Cardano was launched in 2017 and spearheaded by Ether co-founder Charles Hoskinson. The platform began development in 2015 after a dispute between Hoskinson and Vitalik Buterin regarding the accepting of venture capital funds. Hoskinson was in favour of accepting funds to create a for-profit profit entity, whereas Buterin favoured the non-profit approach.

The Cardano consensus protocol is based around Ouroboros.

Ouroboros is a proof of stake blockchain that was first proposed by Aggelos Kiayias in the annual international cryptology conference in 2017. There are many implementations of Ouroboros, which shall be detailed below. The evolution of Cardano is based upon these various implementations whereby each new implementation is a step further towards Cardanos end goal.

The USP of Ouroboros is the use of a randomized process to elect a new ‘slot leader’ to produce each block, based on the amount of staked tokens.

Chains are divided into blocks of time called epoch’s and individual units of time within an epoch are slots.

For each slot, a stake pool is assigned as the slot leader, and is rewarded for adding a block to the chain. For security reasons, there is mechanism in place called ‘settlement delay’ where a slot leader before appending a block to the chain is first required to consider the last few blocks of the received chain as transient and only the chain which precedes a prespecified number of transient blocks is considered settled. This is the mechanism the ledger is securely passed between participants (slot leaders).

As not all stakeholders will have the expertise to produce a block if elected, they are able to pool their resources by delegating their stake to stake pools. The managers of the pool (pool operators) manage block production if elected as slot leaders. Note, these can be considered in a similar way to mining pools in Bitcoin, discussed here.

The PVSS scheme developed for Cardano is called SCRAPE.

Cardano has recently introduced smart contracts via its Alonzo update in September 2021 (epoc 290), thus officially markjing the start of the Goguen era. The smart contract update in Cardano will allow for the creation of dApps. During the first 24 hours post the update, Cardano saw more than 100 smart contracts processed.

The upgrade came after 6 years of research and development. Programmers for Cardano’s smart contracts will use one of three languages: Plutus, Marlowe or Glow. Plutus is “a purpose-built smart contract development and execution platform” that runs both on-chain and off-chain. Marlowe is Cardano’s domain-specific language (DSL) used moreso for financial contracts, while Glow is a DSL used for writing decentralised applications (dApps)

Cardanos ‘vertical strategy‘ pushes the community into making “easy to watch, informative and entertaining” videos that range between 10 and 60 seconds that targets users on TikTok, Instagram reels and YouTube stories. There is a huge push to grow the network through community marketing and even strategic pushes to expand the content on social media platforms which are generally thought to be have younger demographics.

The reason for this very aggressive push is to utilize a the phenomenon the “network effect” (read more about the network effect here). A summary of this effect is: more users and more owners means more developers. That in turn means more projects, more use cases, and thus more users and more owners, and so on – i.e. accelerating the growth of the network through targeted, aggressive marketing

Cardano is reported as targeting as much as 1billion active wallets within the coming years and have focused not only on the vertical strategy in Western regions, but also a hard push to wallet adoption in region such as Africa. The chart below illustrate the growth in wallet for the first half of 2021.

Before moving onto a direct comparisons between Cardano and Casper, we would first like to highlight some specific issues we see with the Cardano project.

The differences between the two security protocols are less distinct that when comparing some other layer1 chains against Casper. Cardano has moved through a phased of BFT PoS and is now open for decentralization via the launch of the Shelly era. Both projects are also offering a promising of a layer 2 increase in throughput. This is however where the similarities stop.

Cardano evolution has been at a glacial pace, taking many years of research and development to launch a decentralized PoS blockchain with smart contract capabilities. This lengthy period of time may have been fine in years past, however with an increasingly crowded layer 1 project space, competition will results in an increase to the speed of innovation, and its clear that Cardano is at a huge risk of falling behind the pack. With regard to Casper, It is specifically in anticipation of this pace of change, that the CasperLabs team have engineered the Casper blockchain to be fully pluggable and upgradable (including the Execution Engine, Network Engine and Consensus Layer). For Cardano, a split has been implemented between the CSL (Settlement Layer) and CCL (Computation Layer) in anticipation for future soft forks, however this implementation has exposed the network to risks of censorship.

The aggressive marketing tactics of the Cardano community, targeting strategically short and punchy social media and YouTube posts has driven up the number of active wallet addresses and therefore price of the token. The valuation of the token however (#4 in market cap), greatly exceeds any utility currently being gained from the blockchain, as there is no notable projects developing on the blockchain. Its therefore the case, we believe, that the valuation is not simply based upon future potential, but more artificially raised by targeting new users who may not be fully aware of tech and abilities of competitors in this space. The fact that shorter more snappy clips are encouraged for promotion, leads us to believe that the group is focusing on onboarding new users off the back of the recent craze in crypto assets and the Bitcoin bull run, as opposed to a more seasoned, knowable investor. This level of hype is unsustainable in our opinion.

With regard to the smart contract development on both blockchain, the use of a bespoke language for Cardano will likely mean a handful of developers will initially have the knowledge and ability to build. This is in comparison to Rust on Casper where we see sizably more potential for scalability and usability which will accelerate adoption and ecosystem growth.

Focusing on the adoption side, Cardano’s aspirations within the Africa region has been heavily publicised for a long time however the only partnerships we can see to date linked with entities such as schools within the region. There is yet to be an announcement on a multinational level. This is in comparison with Casper, where within its short existence, we have seen exciting news with companies such as iPwe and also sovereign nations such as those publicised with the UAE. We believe this highlights the proactive approach CasperLabs is taking to begin quickly delivering utility from the Casper blockchain.

Both protocols offer a good consensus layer, with Casper CBC being one of the most secure BFT protocols in the market. Cardanos BFT implementation was advertised as being a quick and simple implementation (likely due to the complexity involved in implementing a full solution) until they moved to Genesis Ouroboros where the leader selection process is used in conjunction with the new chain selection rule. We are especially impressed with the pace that the CasperLabs team have pushed a working CBC solution to market.

Due to the overhyping of the Cardano project, we believe that newer layer 1 chains will eventually eat into their market share, thus giving Casper better longer term price potential. In the shorter term, with the Casper market cap being sizeable smaller than Cardano, we believe there is a lot of near term relative value potential in Casper also.

1 thought on “Casper vs Cardano”