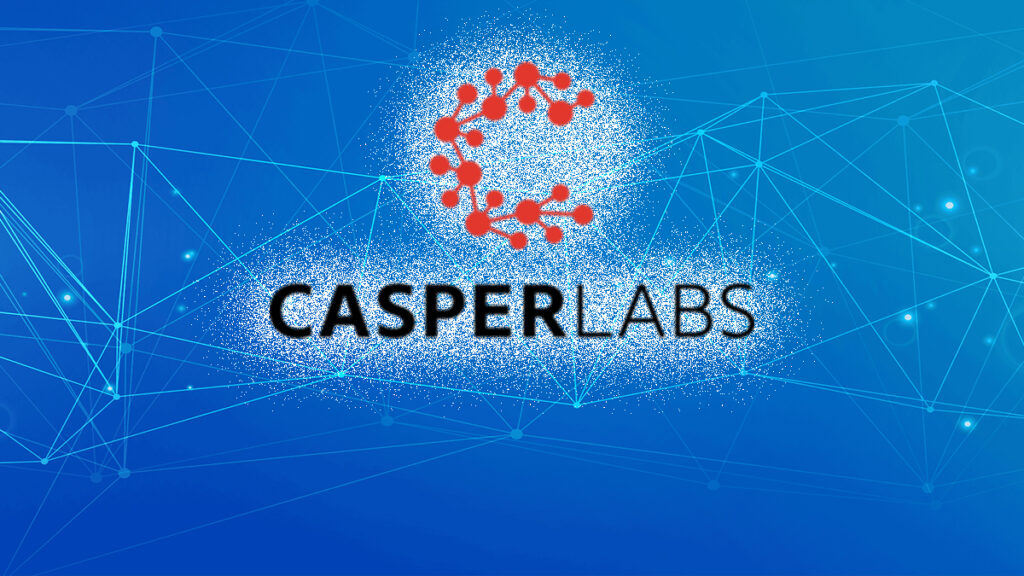 Within this article, we shall collate information and opinion from our other deep dive pieces, in addition to some of our proxy pricing concepts to put forth what we believe is a strong argument for an investment in CSPR.

As mentioned in some of our other articles, our investment decisions are based upon carefully assessing the following criteria:

By analysing each of the above, we can then determine which proxy pricing methodology to use to estimate a potential future value for CSPR.

CSPR can be considered in line with other infrastructure crypto projects (ETH, DOT etc), which have built blockchains using various types of protocols with the intent of providing an environment to facilitate the building of decentralized applications (dapps), i.e. a layer 1 blockchain. In addition however, CSPR is well positioned to also dominate the enterprise blockchain space which is a much newer subset of the crypto market and which we believe will see the biggest growth in the coming years (we discuss this in detail here)

CSPR should NOT be considered the same as the following:

The big advantage of CSPR is how the blockchain has been engineered. Every part of Casper is a pluggable piece, thus effectively rendering it ‘future proof’. This is an extremely important aspect as we have seen how quickly technology can evolve within the crypto space and how difficult it is for legacy blockchains such as Bitcoin and Ethereum to react and evolve with these changes.

Automatic, synchronized upgrades (as is present with CSPR) is important as it allows HARD FORKS to be implemented as upgrades, automatically and seamlessly. This is ultimately why Casper is deemed future proof. Hard forks to continue to innovate and stay ahead of other chains. A choice won’t be required between old CSPR or new CSPR. You simply remain on the same chain and continue to get things done.

Since all nodes would upgrade simultaneously at the activation point, any incompatible changes don’t matter. With Fast Sync in development, maintaining an old compatible sync protocol will not be needed and nodes can sync to productive state without having to recreate the chain from genesis. This is the primary focus of the current 1.4.x release in development. Finally a 5x throughput improvement is currently being tested on the Execution Engine.

With regard to potential network outage it should be noted that each deploy has a TTL ‘Time to live’ setting. This is defaulted to 30mins but can be adjusted up to 1 day and it from deploy creation time. This means that as deploys come in, they fit into blocks if there is capacity (2500 per block currently). If there isnt sufficient capacity, due to increased load, the deploy remains in a pending state for the period defined in the TTL until it then expires. This means that the network can never get into an overloaded state which causes the blockchain to crease functioning. Also, unlike other chains, there is no additional delay once a block is proposed for it to be finalized – this is because the consensus mechanism finalizes the blocks at 70% of block time.

To conclude our section on the tech benefits of CSPR, we should also note the research which is currently underway on the implementation of sharding within the CSPR network. Sharding is a means to multithread and thus improves throughput and efficiency. We discuss general sharding in detail and also the efforts of CasperLabs to introduce sharding to the network in this article. Many other layer 1 blockchains advertising high performance (tps – transactions per second), have achieved this via either a mechanism of sharding, or to the detriment of the underlying security of their blockchain. We have compared CSPR with both SOL (here) and AVAX (here) to highlight the difference between the protocols and argue why we feel CSPR is the stronger blockchain.

Recalling from our previous article covering Crypto Past, Present and Future, we discussed how the crypto market has evolved, some factors driving the current price action and also where we think it is headed. We commented on how Bitcoin gained dominance through its first mover advantage, embedding itself as the leading store of value / inflation hedge coin and how Ethereum has done the same within the smart contract sector. We noted that both coins do not have the leading tech; however due to both being first movers, they have established cult followings driving the coin price higher through the networking effects of crypto (Metcalfe’s law which is touched upon here). We then concluded the article with the open question on where crypto is headed next and argued that the enterprise solutions space is likely where we will see the biggest growth in the coming years.

We therefore have completed a deep-dive into enterprise blockchains here, and have concluded that from the current offerings, we believe CSPR to be the best positioned, due to the arguments put forward in the article:

We can attempt to model CSPR in the same way as a ‘risk-ON’, ‘growth’ type technology stock (however please note that CSPR is NOT a security, but is in fact a utility, as we discuss here). Additionally, with this classification, and the analogy of the web (discussed here), we can compare CSPR’s potential future growth to those seen in successful web companies. One caveat to this being that traditional web companies offer a dapp type utility compared to the infrastructure crypto classification of CSPR. This is a moot point as CSPR’s demand and utility will be driven by projects built on top of it and the adoption of enterprise CSPR. Establishing itself as a promising independent blockchain, in addition to being considered as a potential dev instance to ETH means that it does not require end-consumer utility for the public blockchain, but more adoption from dapps which will drive demand for the CSPR token, thus still the ‘risk-ON’, ‘growth’ classification holds, albeit indirectly.

An additional driving force in the valuation will be the adoption of enterprise CSPR, as described in the above section.

CSPR can’t only be considered a direct competitor to ETH as it has successfully launched an independent layer 1 blockchain, but also a competitor to the current enterprise focused blockchains. The successful productionisation of he CBC protocol, is in fact the aspirational goal for ETH in their ETH3.0 release, discussed here. We have discussed that the release of ETH3.0 is many years away, with the Ethereum foundation only now releasing phase 1 (of 3 phases) of ETH2.0. This superior feature of CSPR will drive adoption from dapp developers due to the significant security benefits of the protocol. In addition, projects looking to develop on ETH in the future can use CSPR in its current form to launch production ready applications. We can use this to begin thinking about how to proxy the validation of CSPR.

A second valuation, on a medium time horizon can be seen below:

We have also delved deeper into the longer term (10 year) pricing model here. The pricing prediction is driven using a stock-to-flow model for Bitcoin and then a networking model for Ethereum. Finally we apply some assumptions based around strong CSPR fundamentals (as discussed within this article) to arrive at the forecasted valuation of $100 per token. The article should be fully read to understand what is driving the prediction.

With regard to the future adoption of blockchains as a whole, we feel the greatest inhibitor which has potential for structural shifts in the market, is the impact of regulation. We have summarised some of the current developments in the regulatory landscape here. We discuss how the main driver of regulatory action (especially in the West), is the need to crack down on illicit activities using crypto to facilitate money laundering. We believe Bitcoin is the most exposed to this as it does not have underlying technology utility. Additionally we have noted in the article how CSPR is actively positioning itself as a blockchain which is enterprise friendly with compliance-ready wallets – thus promoting enterprise adoption and alleviating concerns from regulators.

Finally we would like to end on our thoughts regarding the team. We are encouraged not only by the management’s direction to position itself to be a more enterprise friendly blockchain, but also on the impressive push to release the CBC security protocol and highway protocol to production. It is this focus on both the technology innovation and management strategy which historically has yielded the greatest returns when analysing comparisons with the tech stock market, as touched upon in our market bubbles piece here.