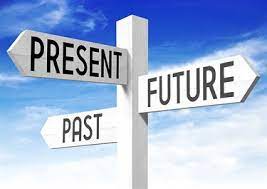 Crypto has evolved to-date in a similar fashion to how internet stocks did previously. Internet stocks during the dotcom bubble saw valuations driven by the expectation that a new technology would result in the generation of wealth. Also as with the rise of internet stocks there was (and is) value assigned to the global interconnectivity of individuals via the web, as never seen previously in humanity. The frenzied speculation in the dotcom bubble, assigning values to companies with zero revenue, led to the inevitable bust. This was similar to the crypto craze seen in late 2017 where projects launched creating tokens which really had no benefit in being tokenized (i.e. there was no inherent utility to the coins). Examples of these being coins issued by celebrities and coins linked to legitimate businesses but with no real need for tokenization. However, there did exist the same expectation that this new blockchain technology would drive wealth creation and revenues, as with the dotcom bubble. Read more here.

Fast forward to today and what we see is some of those same coins with no inherent value in 2017 are now being named ‘meme coins’ and holding value purely from a cult status. We also now understand and see differing behaviour with the coins that hold real utility value: those being actively traded for longer, having more inherent support to the prices. This makes sense as we would expect owners of Bitcoin and Ethereum to have bought into the coin at various different times and levels over the history of trading, with some owners being in profit, and some at a loss. Also the propensity to unwind or enter will also be a function of this and so we see differing behaviours among current owners and new entrants. This is the reason, that in the current dip, we are seeing more exaggerated price decreases in the coins issued in 2021 (eg ICP, Mina and CSPR) as these do not have the same degree of support built into the price over years of trading. We can characterise this phenomena by classifying coins into various categories (more on this here):

The major difference in the market today, when compared to 2017 is the influx of institutional money. This is likely due to research and modelling around Bitcoin and Ethereum, suggesting huge future value potential.

Longer term, we see Bitcoin following the S2F (Stock-To-Flow) model. The S2F model is used to measure the scarcity of a resource by dividing the available inventory of a resource over the amount mined in a given year. For resources which are not consumed (such as gold and Bitcoin), this ratio increases over time. This, coupled with the networking effects (Metcalfe’s law which helps explain why ETH is also following the S2F model despite its unlimited supply) all point to a substantial future growth in value of the crypto market. With this expected phenomenal increase in prices for the incumbent (Bitcoin) and first to market smart contract blockchain (Ethereum), you will then also see a rise in value of other successful blockchains. Read more here.

Supporting the macro shift is also the apparent change in the view of global regulators, where we are seeing a notable shift in the narrative of regulators in both India and the US. Where the narrative has shifted from a previous knee-jerk reaction to the growing dominance of an asset which cannot be controlled with monetary policy, to one where there is a genuine understanding of the benefits of blockchain technologies. There is however an increased focus on stable coins with Janet Yellen (US Treasury) who stated that there needs to be a greater oversight of this sector.
This is of course in contrast with the view of China, where a hard-line crackdown on mining activities has seen a Bitcoin hash rate and complexity fall. Considering the propensity for miners to keep rigs active is a function of both the Bitcoin price and complexity, this reduction in hash rate has hastened the move to set up operations in other parts of the world.

Both the change in stance of regulators and the influx of institutional funds has led to a structural shift in the crypto market. Whereas before it was being driven by pure speculation, we now see price drops as an opportunity for entry for some of the larger institutions. One such player being Guggenheim: a giant on wall-street. Guggenheim predicted a 400k Bitcoin value in late 2020, and at the time also filed for SEC approval to trade spot. Since then, as we know, the price of Bitcoin soared prior to the approval being finalised which meant the investor missed out on this upside. Since then Guggenheim correctly predicted the recent correction of 50%. This prediction was made a day before BTC began its descent. Since this fall we have learnt that Guggenheim have further applied for SEC approval to trade BTC futures, therefore we could expect to see some leverage plays from this investor in the near term.

A further development to the market is soon to be introduced CDBC’s (Central Bank Digital Currencies). This we feel has potential to shock global markets outside of purely the crypto asset class. A recent report highlighted the potential for control which central banks could have on spending via the issuance of CBDC’s. The IMF has highlighted things such as the ability of central banks to apply a FX rate between the CDBC and cash, thus forcing a move from the cash markets into digital currencies. This would result in an increase in tax revenues, squeezing shut current undeclared cash transactions. Additionally, being able to control a currency to the degree possible with a CDBC means that governments can force spending on targeted individuals. For example if you are a higher rate earner, there will be an ability to enforce a ‘spend-or-tax’ policy whereby if a percentage of income is not spent, it could be exposed to higher taxes. Moving these funds to cash to avoid this will also be impacted from the FX rate as discussed.

Immediate price action in the crypto space is being driven by a few key driving factors:

We feel that ETH, even with its technology limitations (currently POW with the aim to slowly evolve to POS over many years), will hold a substantial share of the smart contract market outside of the enterprise space. This purely arising from the cult-like status it holds and also the first to market advantage. Future long term expected values are covered here. This is the same advantage seen by Bitcoin being considered the dominant store of value. The race is then on for the leading enterprise blockchain – there will be a degree of first to market with this also, but we believe you will see blockchains succeed which are proactively taking steps to accommodate for the needs of enterprises. These needs will inherently be linked to the concerns and focus of regulators. The main focus being the crackdown on illicit activities and the use of crypto to bypass more traditional banking Anti-Money Laundering (AML) controls. With this in consideration, we feel there are some crypto assets which will be more susceptible to increased regulation – namely Bitcoin. This is due to the primary purpose of Bitcoin being a store of value without any real world utility. Infrastructure projects such as ETH and CSPR have more real world utility and are used to facilitate development of applications on their respective blockchains and can be considered more as a technology solution than merely a speculative asset. Intrinsic value of these tokens will eventually become a function of the demand for processing transactions on the blockchains as opposed to being driven by the current speculative nature which is dominant within the crypto space. Further to this, we are also encouraged by the active efforts taken by the CSPR team, in partnering with teams such as AMLSafe, to offer wallets with in-built compliance support. This additional control on KYC, will not only appease future regulation, but will also encourage enterprise adoption of the blockchain (as these adopting companies will also be impacted by the upcoming regulatory changes).