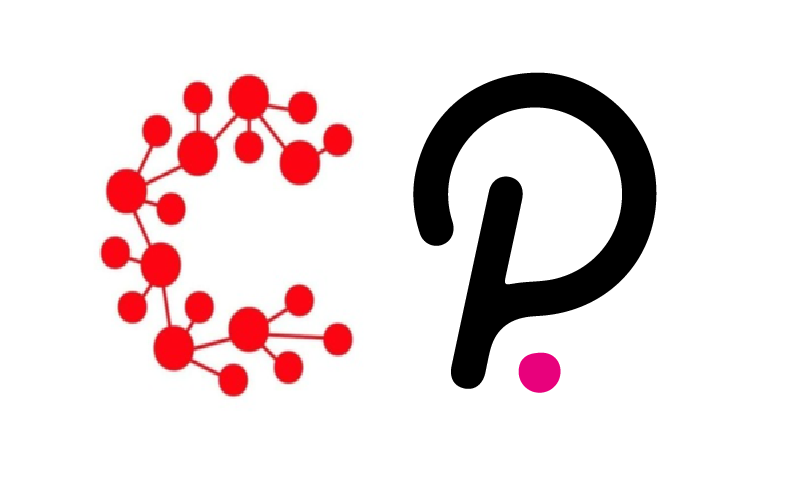 Within this article, we shall do a mini deep dive into the Polkadot 1 blockchain, specifically the sharded architecture and parachains, and conclude with comparisons to the Casper layer 1 blockchain.

We shall argue that with the increased capabilities of bridging between blockchains, the focus should be on developing secure layer 1 chains (potentially with varying characteristics) and then applying bridges between these independent chains. This would then create the building blocks for a future decentralized web without the need for a single controlling blockchain, such as DOT. CSPR provides security through an implementation of CBC and Highway protocols, with the promise of innovative sharding, both a public and private (enterprise) blockchain offering and finally a promise of a gas futures market to ensure that enterprises have a guarantee of future costs. We feel, these are the reason why CSPR will be a dominant layer 1 chain within a future internet of chains, connected via bridging (as opposed to a Parachain implementation).

As we have extensively covered CSPR in our previous articles, we shall focus on first providing insights into DOT before moving to the comparison and concluding with a summary. We recommend first reading our deep-dive of the CSPR token here.

Polkadot was created by Gavin Wood and launched via ICO in Oct 2017. Gavin was one of the original founders and CTO of Ethereum. After building the Ethereum testnet in C++, Gavin then wrote the Ethereum yellow paper in April 2014 (a technical specification of Vitalik’s whitepaper) and later proposed Ethereum’s native programming language, Solidity. Following this, Gavin went on to set up the Web3 foundation and it was in developing and awaiting the release of a new Ethereum specification that would include sharding, that Gavin put together his workings for a heterogeneous multi-chain framework which later formed the basis of the blockchain project ‘Polkdot’.

The aim of Polkdot is to be able to create interoperability between multiple blockchains and therefore create the foundations of a fully decentralized web. This is a separate concept to where previously developers have successfully tried to ‘bridge’ different blockchains, thus allowing two chains to work together.

Polkdot is made up of several blockchains:

Parachains can be considered as independent blockchains which are connected together via the Relay chain.

This is the heart of Polkadot and is responsible for the networks shared security, consensus and cross-chain interoperability. All validators of Polkadot are staked on the Relay chain and validate for the relay chain. There is deliberately minimal functionality on the relay chain (smart contracts are not supported), as its used to coordinate the system as a whole. Below are the transaction types:

There are various roles in the Relay chain:

Any DOT holder can participate as a nominator. A nominator publishes a list of validator candidates that they trust, and allocates an amount of DOT tokens against each. Not all validators on the Poilkadot blockchain are able to carry out validating duties. Only a subset of the total validator set gets elected into the ‘active set’ to carry out the duties of a validator. If some of the candidates elected by a nominator are elected as validators in the ‘active set’, these validators then earn and shares reward payments, or the sanctions, on a per-staked-DOT basis with the nominator. Unlike other PoS protocols, where validators are weighted by stake, in Polkadot each validators given equal voting power the in consensus protocol.

The fair representation property roughly translates to the rule that any nominator holding at least one n-th of the total stake is guaranteed to have at least one of their trusted validators elected. For example if there is a total staked amount of 40 and a requirement to choose 4 validators, then any nominator holding 10 tokens (40/4) is guaranteed to have at lease one of their nominations selected. If then a nominator gets two or more of its trusted validators elected, their stake is distributed among the elected validators in such a way that the validators’ backings are as balanced as possible. This is iterated until the total number of desired validators are selected. Please see the example below where 4 validators are desired.

Every validator gets the same amount of rewards from the network, and rewards are distributed to nominators proportional to their staked tokens. This means that a delegator can earn higher rewards if they nominate a smaller, less popular validator that has less stake backing them.

Within Polkadot there is support for a number of execution slots. Each can be considered the same as a core on a computer processor. Each execution slot is a slot in the relay chain where a parachain can connect. Any developer, company or individual can create their custom parachain through Substrate, a framework for creating cryptocurrencies and decentralized systems. Once the custom chain connects to the Polkadot network, it becomes interoperable with all other Parachains on the network. We can therefore consider a Parachain as an independent blockchain.

Parachains may have their own economies with their own native tokens they however cannot use other consensus algorithms that provide their own finality. A Parachain must achieve its finality from the Relay chain only. Executing a block finality outside the context of the relay chain is outside the scope of trust that Polkadot provides.

Unlike most layer 1 blockchains, where decentralized applications are created within the bounds set by its blockchain, Polkadot allows developers to create their own independent blockchains. This means that each parachain can have its own parameters such as block times, transaction fees, governance mechanism and mining rewards. Parachains benefit from the Polkadot network’s security, maintained by the Relay Chain, rather than having to rely on their own set of validator nodes. Instead, parachains are maintained by collator nodes that store a full history for each parachain and aggregate parachain transaction data into blocks to be added to the Relay Chain.

The requirements for running a Polkadot validator node are 64Gb memory with an initial storage amount of up to 160Gb (for the first 6 months, with an expectation of this growing with the size of the chain). Polkadot recommends the use of a VPS but highlights the responsibility of running a node with the threat of severe slashing. There is a also a section detailing the amount of tokens required to likely get selected to becoming a validator within the ‘active set’. It states that the amount is dynamic and can change over time, depending not only on how much stake is being put behind each validator, but also the size of the active set and how many validators are waiting in the pool.

Before moving onto a direct comparison with CSRP, I wanted to first cover some issues I see in Polkadot:

Its clear from reviewing the above that DOT and CSPR are very different projects. The reason for this lays within the motivation for the creation of each project. Whereas CSPR is designed to be an ultra secure layer 1 blockchain that can facilitate both public and private side implementation, DOT was created to facilitate the interplay between future blockchains (Parachains). Its therefore not simple to draw comparisons between the two. DOT requires adoption by the building of Parachains, whereas with CSPR, adoption is achieved via the more tradition dapp development. Its is clear however that in terms of a more traditional layer 1 blockchain, CSPR ranks very highly due to its superior security and also private chain offering. With regard to DOT, its unclear if the need for a internet of blockchains is addressed by the project. Limiting the number of Parachains to 100 and with the addition scaling issues and sheer number of validators required to grow this further, seems to inhibit any future growth. Therefore with inhibited future growth, the projects lacks the endless growth opportunities as seen in the internet, which it aims to replicate. Additionally, in attempting to solve for this, it seems that the projects has introduced many issues, which would not be case if they opted for a more tradition approach but instead focused on building an ease of bridging.

With the increased capabilities of bridging between blockchains, surely the focus should be on developing secure layer 1 chains (potentially with varying characteristics) and then applying bridges between these independent chains. This would then create the building blocks for a future decentralized web without the need for a single controlling blockchain, such as DOT. CSPR provides security through an implementation of CBC and Highway protocols, with the promise of innovative sharding, both a public and private (enterprise) blockchain offering and finally a promise of a gas futures market to ensure that enterprises have a guarantee of future costs. We feel, these are the reason why CSPR will be a dominant layer 1 chain within a future internet of chains, connected via bridging (as opposed to a Parachain implementations).

I would like to conclude with stating that both CSPR and DOT can coexist in the future, with CSPR connected to the relay chain via a bridge.

Disclaimer: This article is for the purposes of research and does not constitute financial advice or a recommendation to buy.

2 thoughts on “Casper vs Polkadot”